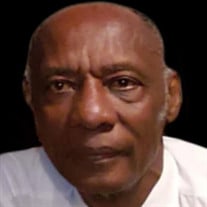 Born on December 15, 1950, Jean Dufresne Jasmin was a devoted husband, loving father and grandfather, an exceptional brother and son, an amazing cousin and nephew, and a friend to many. The oldest of a family of eleven children, he was the bodyguard of the youngest ones and all his life he was a protector of the destitute and neglected. As a father, Jean adored and took great care of his children and was proud of their many accomplishments. He had always welcomed other family members like nephews and nieces into his home, to guide and help them, and he treated them like his own children. After working for many years in Haiti as a lab technician in his own clinic, in September 2018, he decided to move to Miami where the adaptation was not easy for him. However, he decided that he had enough of his country and wanted to pave a way for his children who were already all adults. The love of a father!!! He only thought about easing the path for his children and grandchildren. Jean is survived by his mother: Marie Lude Jasmin His children: Derlexandre et son mari Joseph Fils Dalger Duldred Destin Dufresneson and wife Jo-Anne Jean Louis David and wife Nayara Glenya Nascimiento Deodora, Darchange And his adopted son: Dave Harold His grandchildren: Derlex, Derlens, Josephina, Kharl, Duld-Stacy, Audrey, Joe, Judley, Benjamin, Dadley His brothers and sisters: Dr. Robert Jasmin et famille, Serge Jasmin et famille, Josée Jasmin et famille, Lynda Jasmin, Magda R. Jasmin, et Veronique Charles. He was loved by his family, friends and colleagues, and will be remembered by many who will miss him dearly. ACKNOWLEDGMENTS The family wishes to thank you very much for your prayers, comforting words and support during this difficult time. We love you and God bless you.

Born on December 15, 1950, Jean Dufresne Jasmin was a devoted husband, loving father and grandfather, an exceptional brother and son, an amazing cousin and nephew, and a friend to many. The oldest of a family of eleven children, he was the bodyguard... View Obituary & Service Information

The family of Jean Dufrenne Jasmin created this Life Tributes page to make it easy to share your memories.

Send flowers to the Jasmin family.