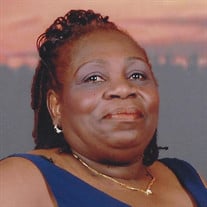 Biography: Gerda Noiseau was born on December 25 th , 1944 to the parents of Philibert St. Hilaire and Clara Noiseau. In her early years she met a family friend whom at the time she did not know would become her soul mate. Their love story: At an early age, Gerda met a family friend whom years later became her best friend, partner in life, husband, and father to her 2 daughters, his name is Serge Saul Dejean. In her early 20’s, Gerda left Haiti and travelled to the United States (Brooklyn, New York) for a better life. Serge missed Gerda so much that he set sail to the Bahamas to be closer to the love of his life. After two months of living in the Bahamas, 2 beautiful butterflies circled Serge and he felt that Gerda sent them to deliver the message that she had returned to Haiti from the United States. Determined to be with the love of his life, Serge returned to Haiti, proposed to Gerda and they were married on July 25 th , 1967. Soon after getting married, Gerda returned to the United States and Serge joined her the following year. On Monday May 2, 2022 at 12:12 p.m. Gerda Noiseau Dejean returned to the Lord where she is resting in heavenly peace. She is survived by her husband of 54 years Serge Saul Dejean: her two daughters (and spouse) Sandra Bernard (Yves Bernard) and Sergene Dejean: her granddaughter Ymanee C. Bernard: her siblings (and spouse) Mirelle Jean-Paul, Edouard Noiseau and Sonia Alfred (Jean Eddy Alfred). Gerda was an amazing wife to Serge and the best mother to Sandra and Sergene. She was also an amazing aunt to Naomie Catin, Jean-Eddy Alfred Jr., Gaumarlee Jean-Paul, Gemayel Jean-Paul, Peter Jean-Paul, Gaumisha Jean-Paul and Curtis Johnson. A doting grandaunt to Ronyae, Tamia and Isaiah Alfred, Luke and Zoe Jean-Paul, Grace Evelyn Marie Jean-Paul, Vanessa and Asia Johnson. Gerda was also known as “Mommy Gerda” to so many; Maxime Nadd- Fred, Max Richill and Maxberte Jean-Paul, Emmy, Sharon and Lionel Jr. Dejean, Pierre Pointdujour Jr, Beatrice Dejean, Katisha Douby, Andy, Stephanie and Carl Dejean, Jean Max Germain, Giovanni Dejean and so many more.

Biography: Gerda Noiseau was born on December 25 th , 1944 to the parents of Philibert St. Hilaire and Clara Noiseau. In her early years she met a family friend whom at the time she did not know would become her soul mate. Their love story: At... View Obituary & Service Information

The family of Gerda N Dejean created this Life Tributes page to make it easy to share your memories.

Send flowers to the Dejean family.